Plattenbau, Panelák, Wielka Płyta, Panelky, Panelház or Панельки: Prefabricated panel blocks go by different names around the former Eastern Bloc, but no matter where they were built, their goal was always the same: to provide homes for expanding city populations after World War II.

Panelki by Zupagrafika allows readers to assemble a Soviet-era pre-cast block, panel by panel, while learning about the history of prefabricated construction systems commonly used behind the Iron Curtain.

The first part of the book opens with an introduction to mass housing in the former Soviet Union and its satellites, illustrated with photographs and propaganda posters. The second part contains 164 cardboard panels to press out and build a 27-cm-high 3D block with easy-to-follow instructions. The panels feature detailed illustrations recreating the facades of post-war modernist housing units, which are home to millions of city dwellers to this day, showcasing some elements added by the tenants afterwards, including satellite dishes or graffiti. 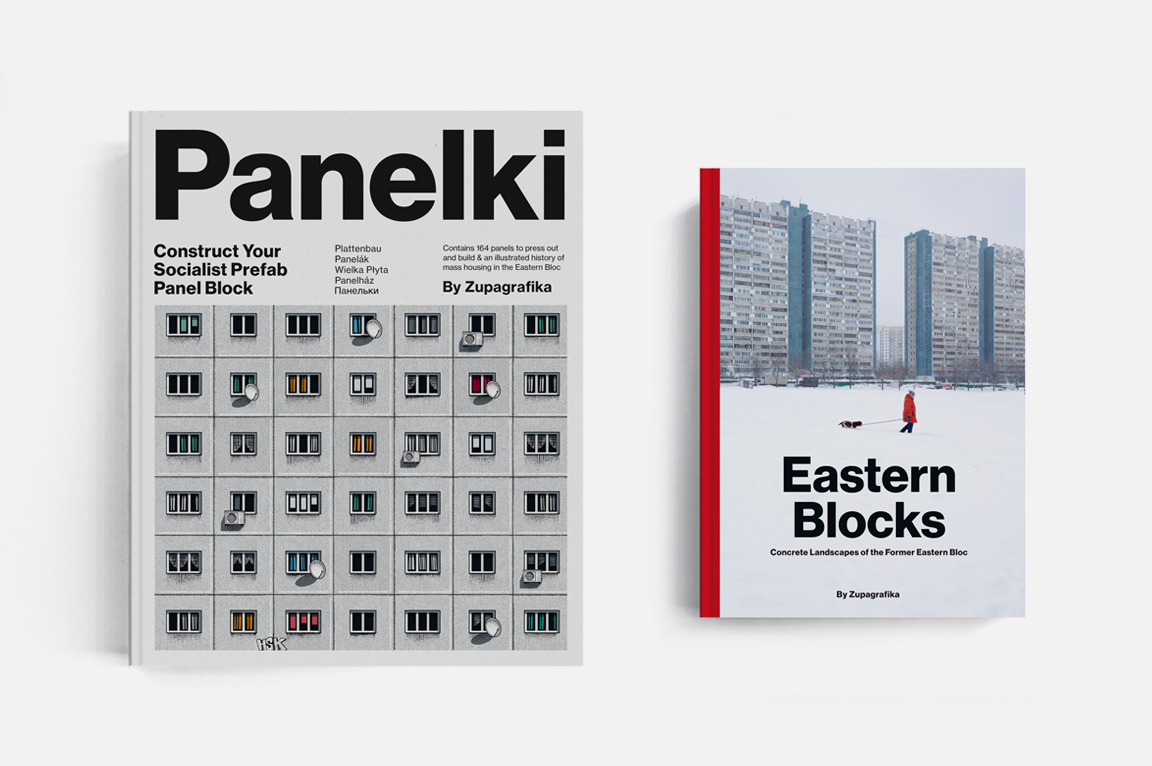