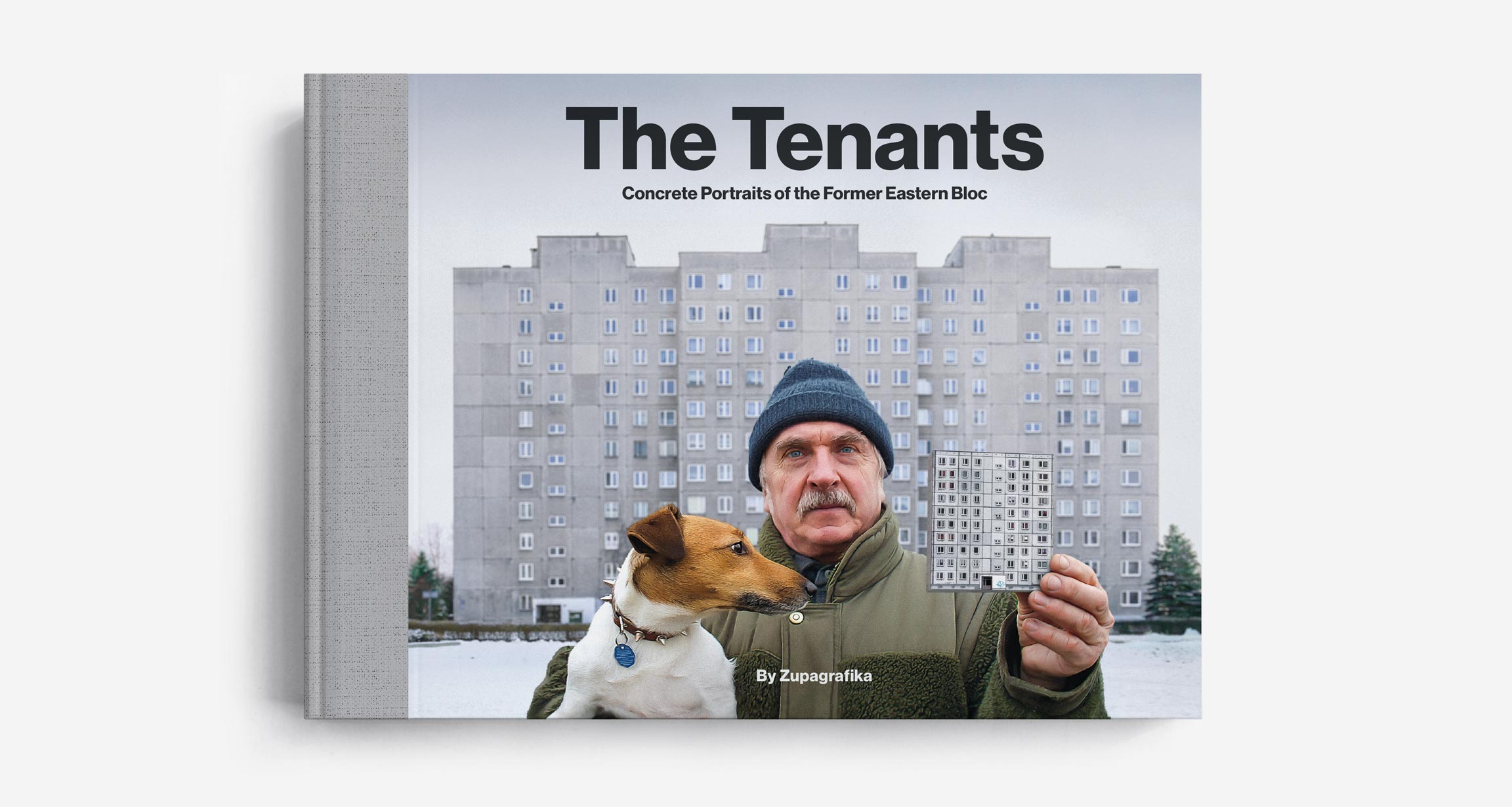 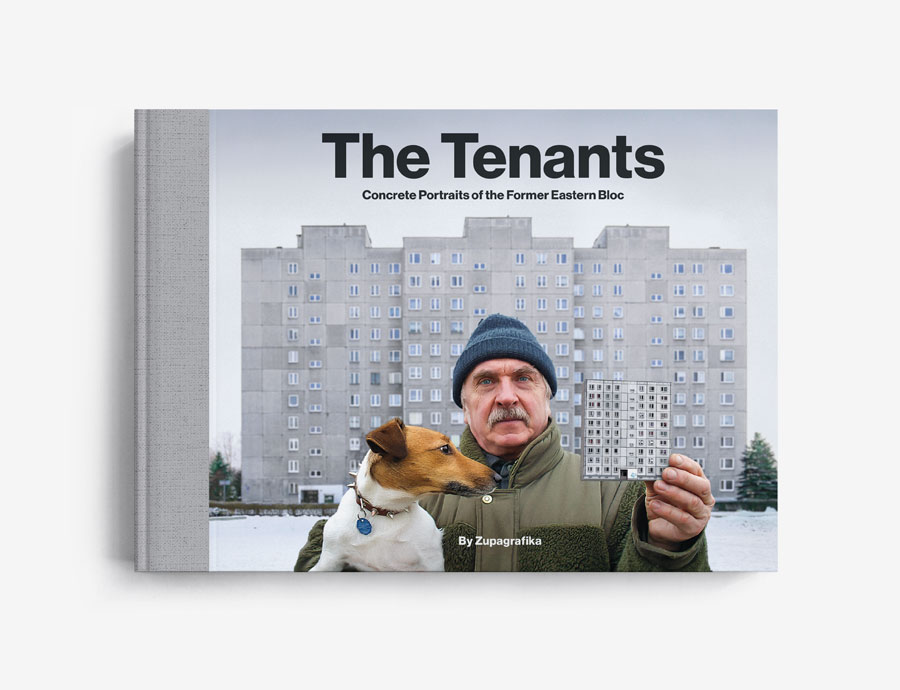 The Tenants
Concrete Portraits of the Former Eastern Bloc

A unique photographic essay on mass housing estates erected in the former Eastern Bloc and the people who live in them. From Berlin to Norilsk, and all the way through Almaty to Tallinn, the album portrays the inhabitants of over 40 housing complexes in 37 different cities, holding paper models of their homes, while sharing the stories of the lives they lived in the prefab panel blocks  I  Released: April 2022 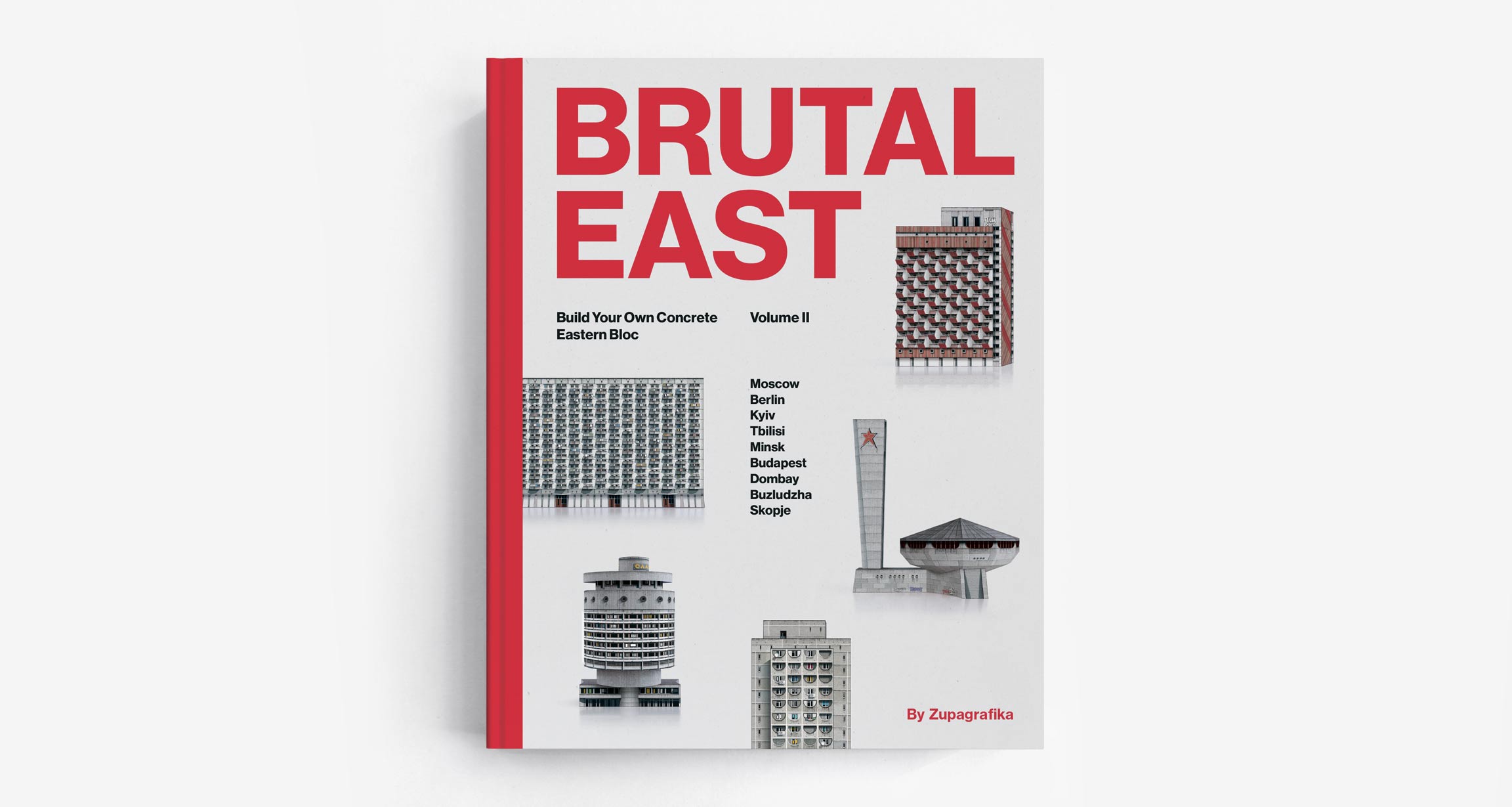 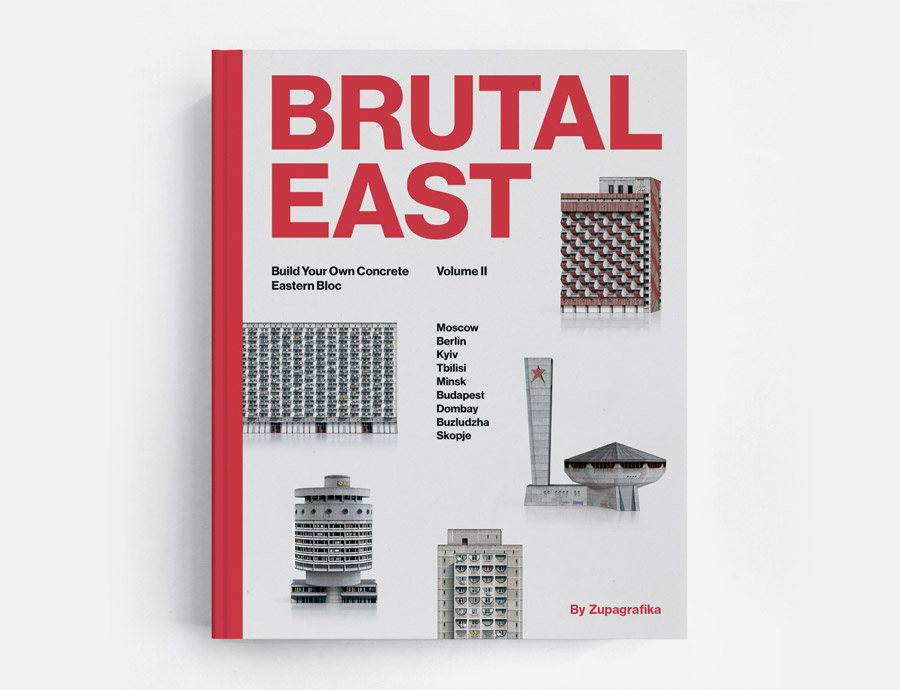 An engaging journey through the socialist-era architecture erected in the former Eastern Bloc and ex-Yugoslavia. Build some of the most intriguing edifices erected in Central and Eastern Europe after WWII, from the massive housing estates in Moscow to the brutal skyline of Tbilisi, while learning about their history  I  Released: November 2021 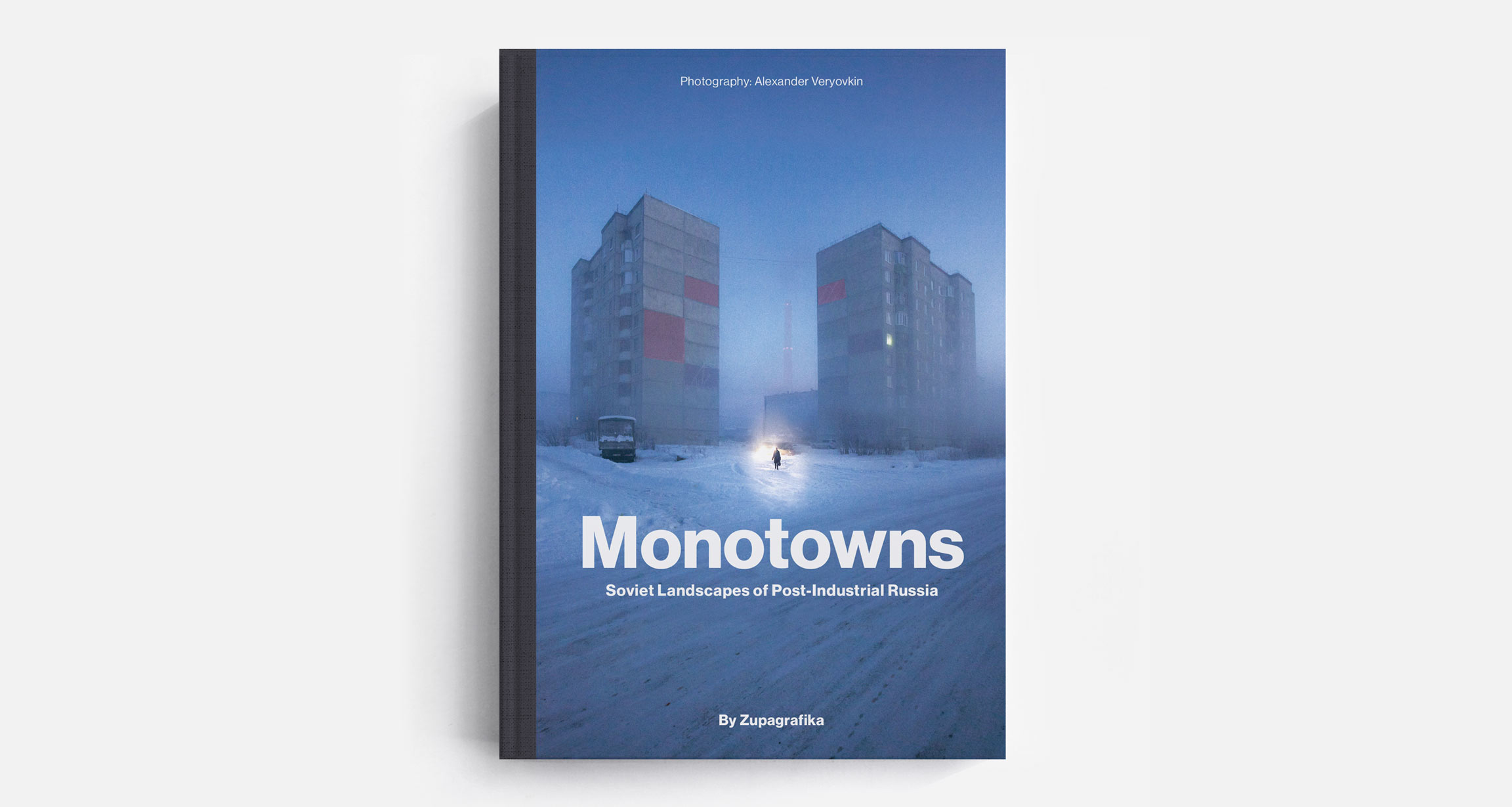 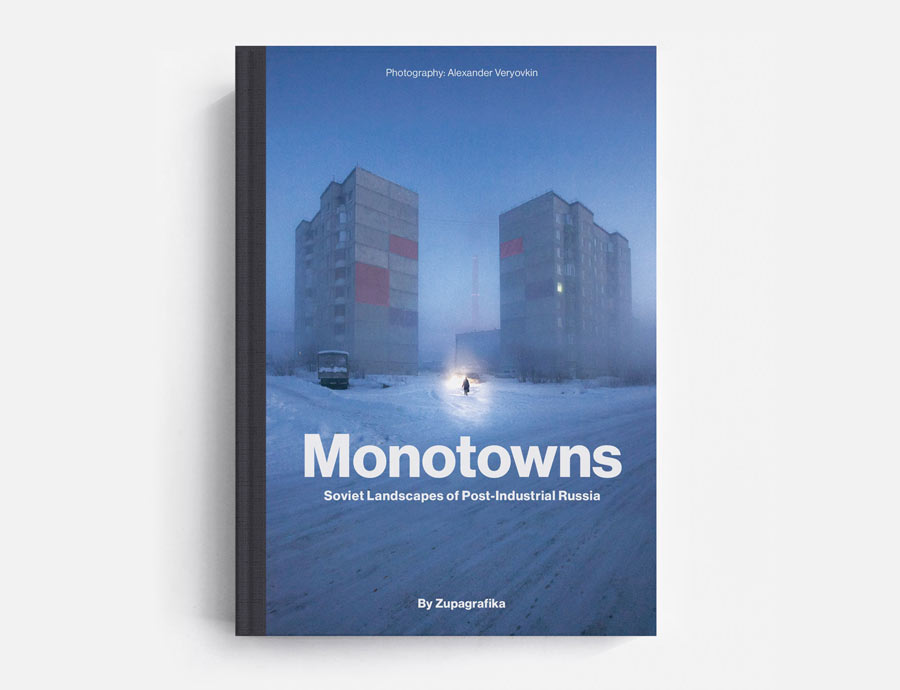 A photographic survey of the Soviet-era monotowns − urban settlements erected around single industries in the hinterlands of the former USSR −; some thriving, others struggling to survive, still others partially abandoned  I  Released: May 2021 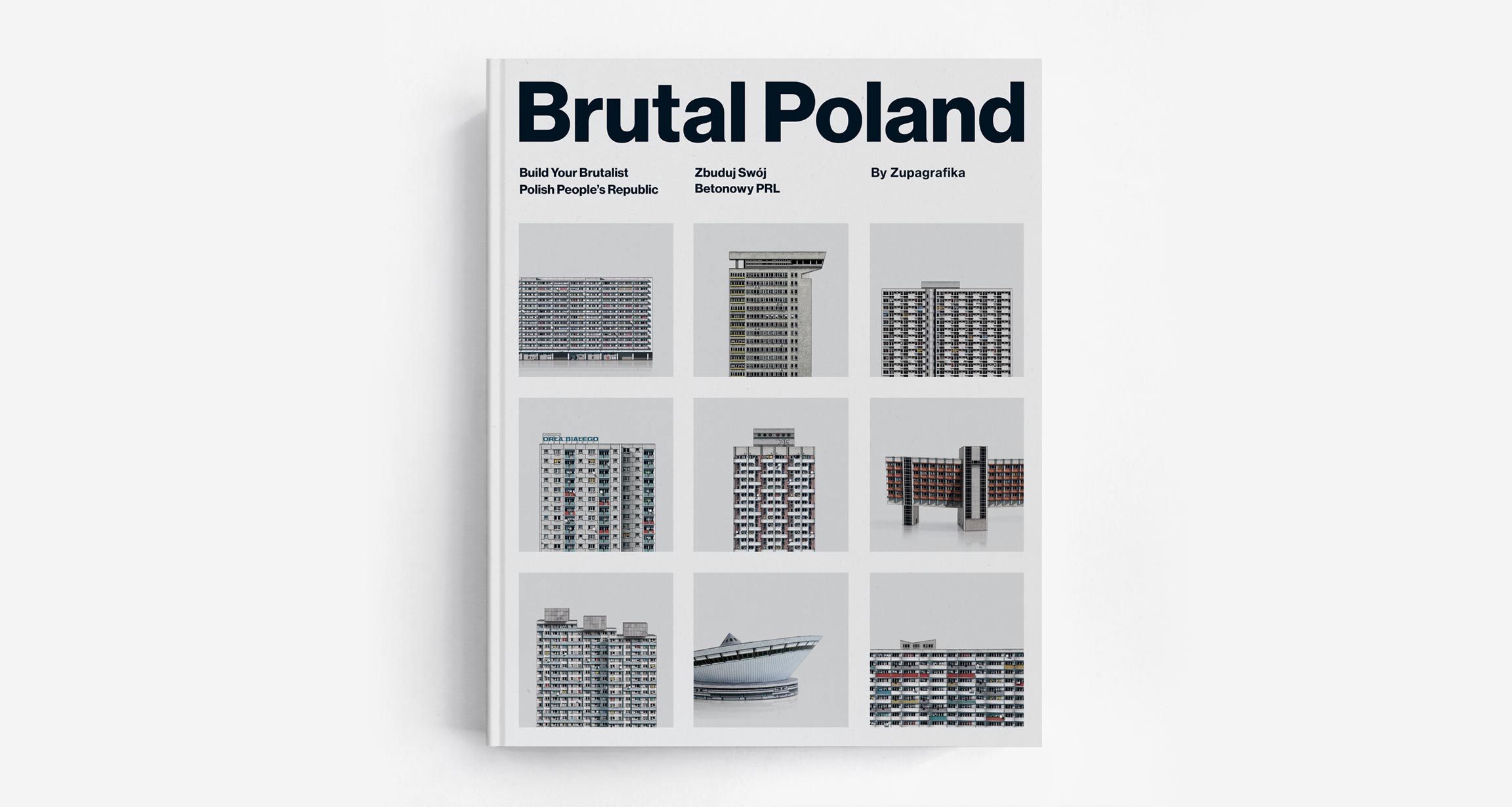 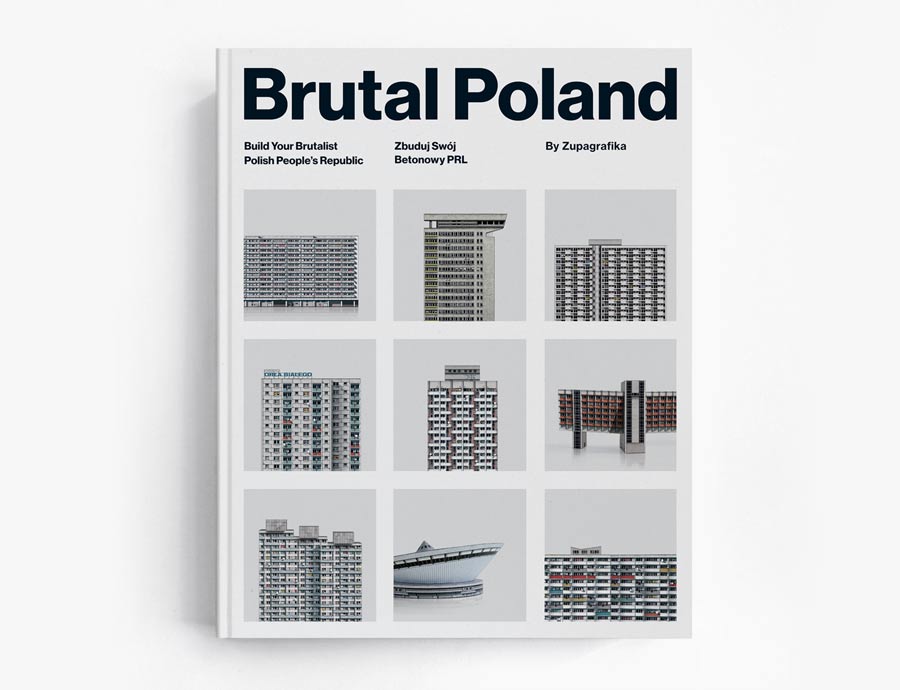 A playful exploration of the socialist-era architecture erected in the former Polish People’s Republic. Build your own brutalist and modernist edifices while learning about their place in the history of the PRL I  Released: October 2020

A photographic insight into the Soviet-era architecture of one of the most extreme, little-known and vast territories on Earth. From the Ural Mountains to the Arctic Circle, the book contains over 100 photographs exploring the post-war modernist microrayons of the Siberian cities of Novosibirsk, Omsk, Krasnoyarsk, Norilsk, Irkutsk and Yakutsk and the quotidian lives of their inhabitants.  I  Released: May 2020 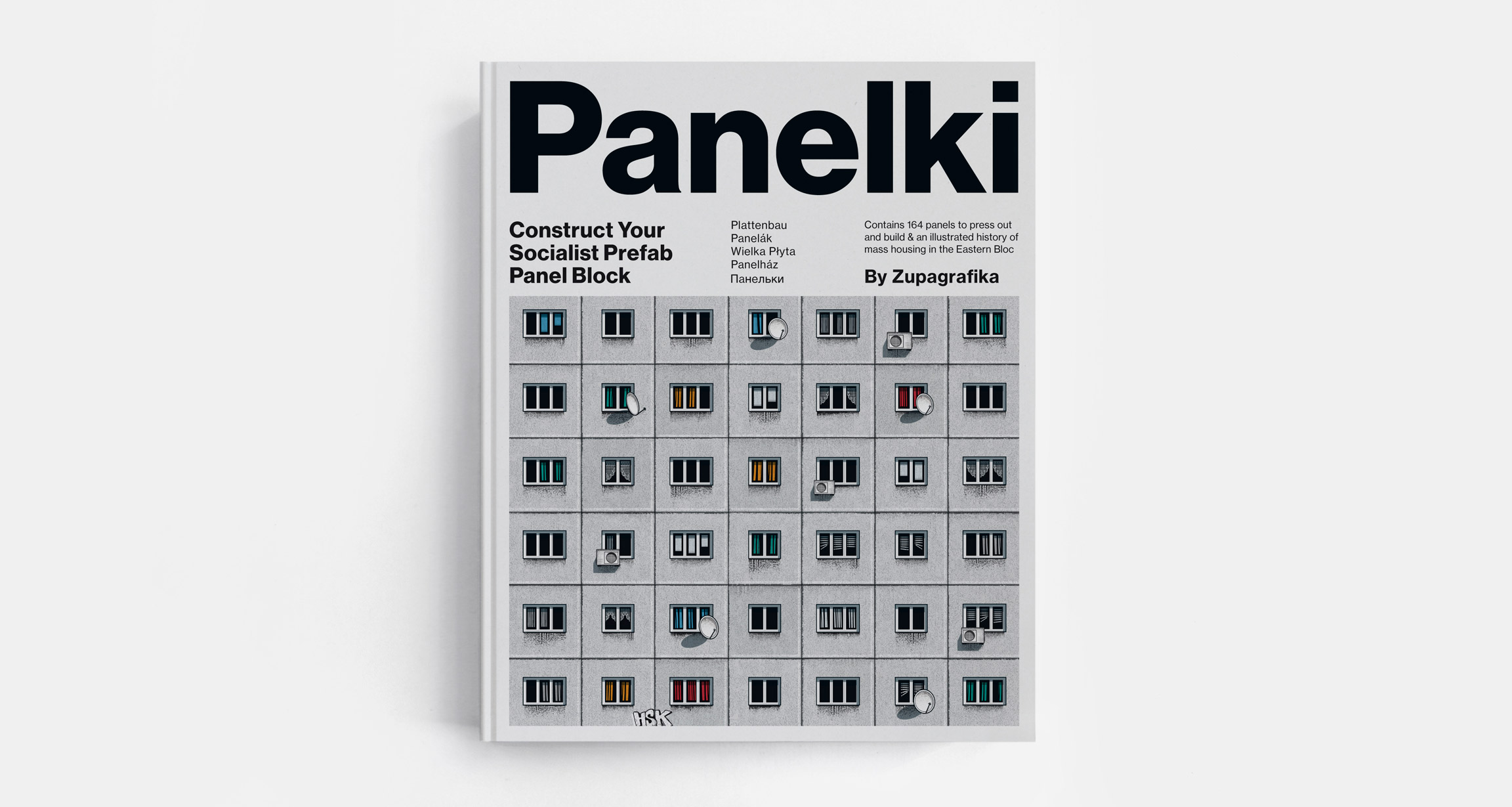 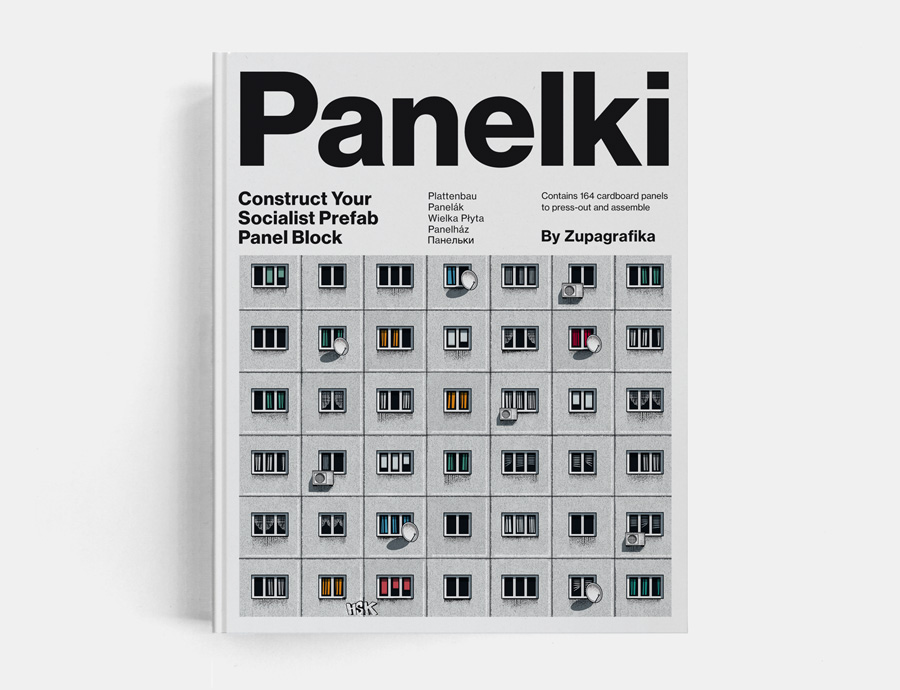 Plattenbau, Panelák, Wielka Płyta, Panelky, Panelház or Панельки: Prefabricated panel blocks go by different names around the former Eastern Bloc, but no matter where they were built, their goal was always the same... Panelki allows you to assembe a genuine Soviet-era pre-cast block, panel by panel, while learning about the history of mass housing behind the Iron Courtain  I  Released: October 2019

A photographic journey through the concrete peripheries of the former Eastern Bloc, featuring over 100 photographs showcasing modernist and brutalist architecture scattered around the cities of Moscow, Berlin, Warsaw, Budapest, Kyiv and Saint Petersburg, including objects like houses ‘on chicken legs’, Soviet ‘flying saucers’ or hammer-shaped tower blocks  I  Released: April 2019 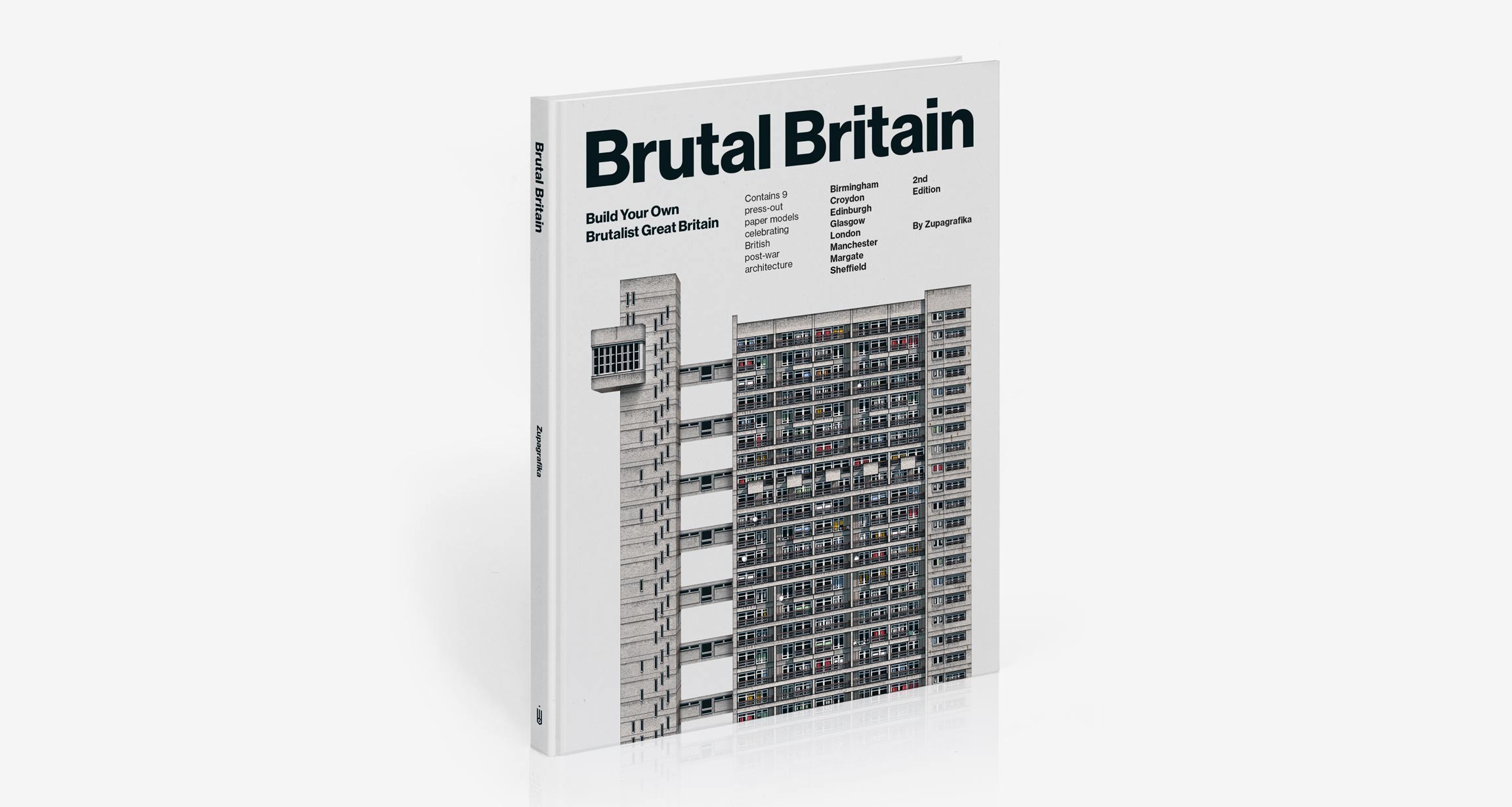 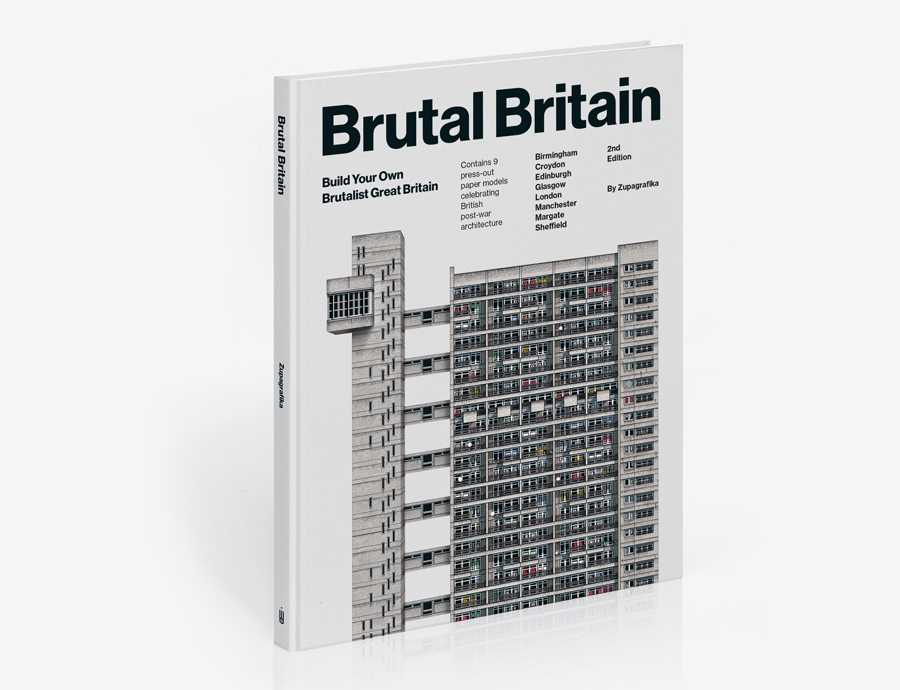 Explore the Modern past of Great Britain and rebuild some of its most intriguing post-war edifices, from the iconic slabs of Sheffield`s Park Hill and London's Trellick Tower, to the demolished Birmingham Central Library  I  2nd Edition: June 2022 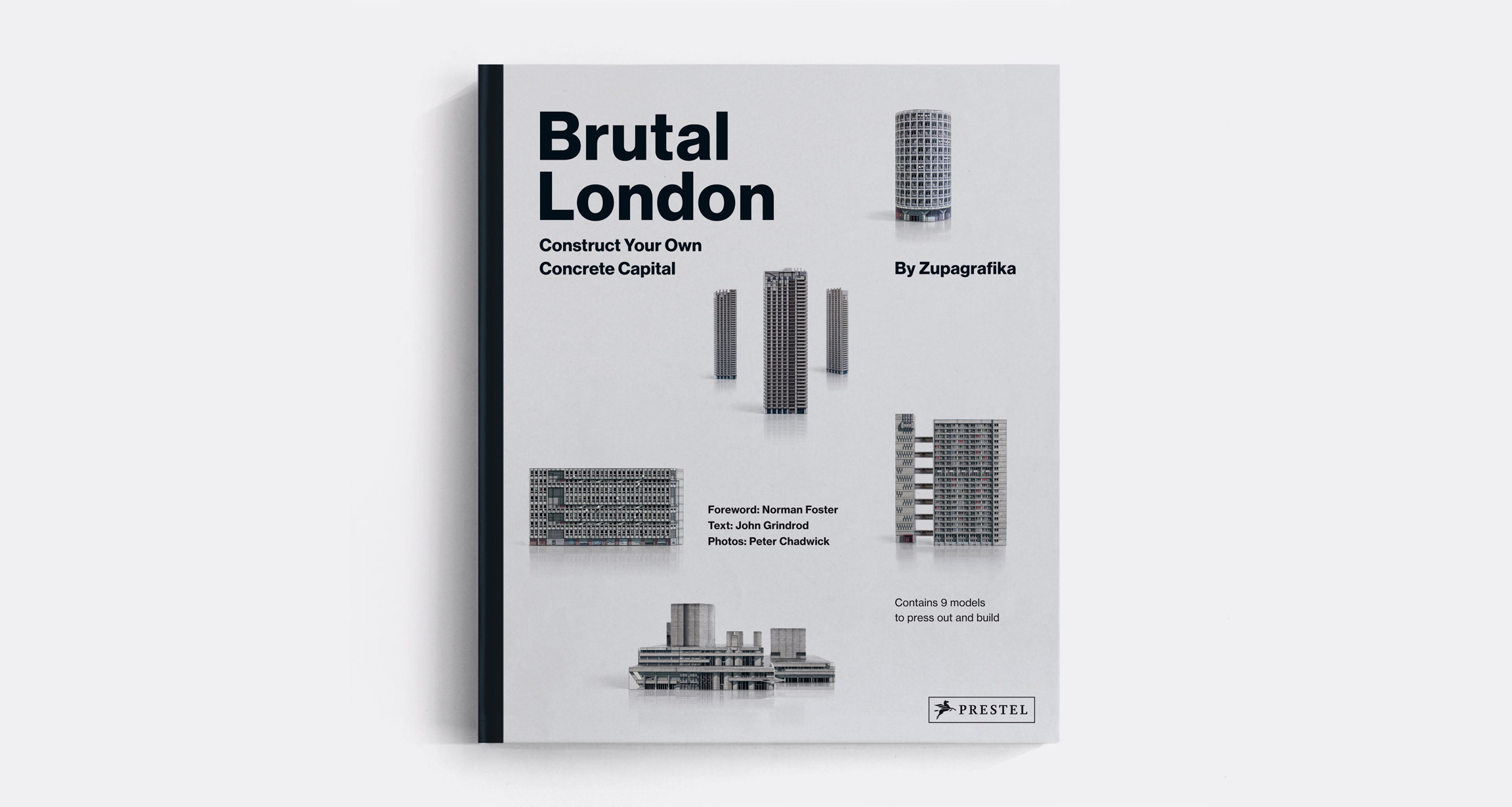 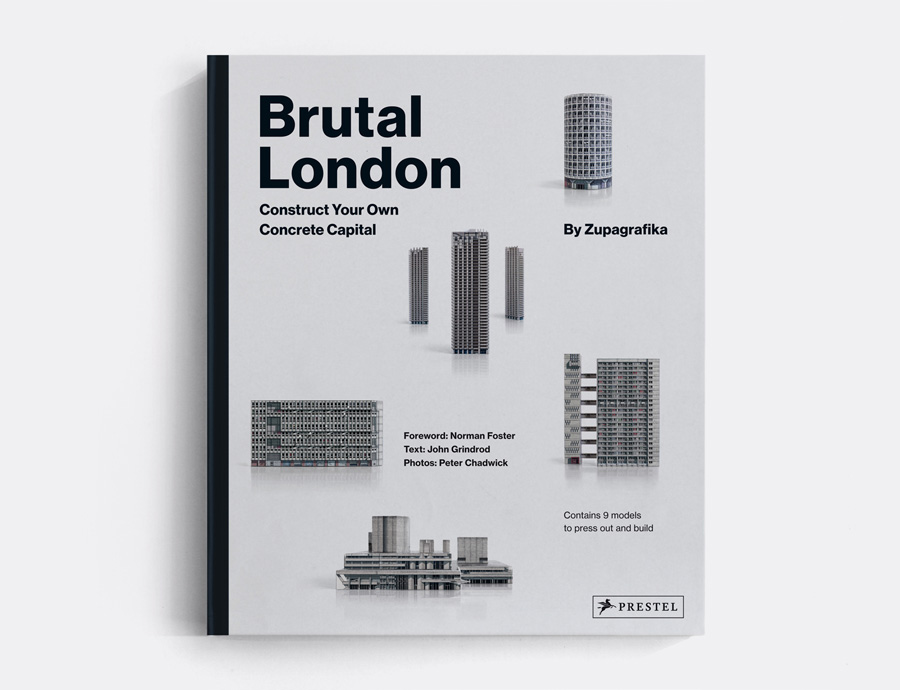 Originally published by Zupagrafika in 2015, the internationally acclaimed 'Brutal London' collection was translated into this book in 2016. Detach and construct iconic brutalist structures, such as: Balfron Tower, Barbican Estate, and the National Theatre, as well as housing estates, like Robin Hood Gardens, doomed to premature demolition  |  Released: 2016 (Prestel Publishing) 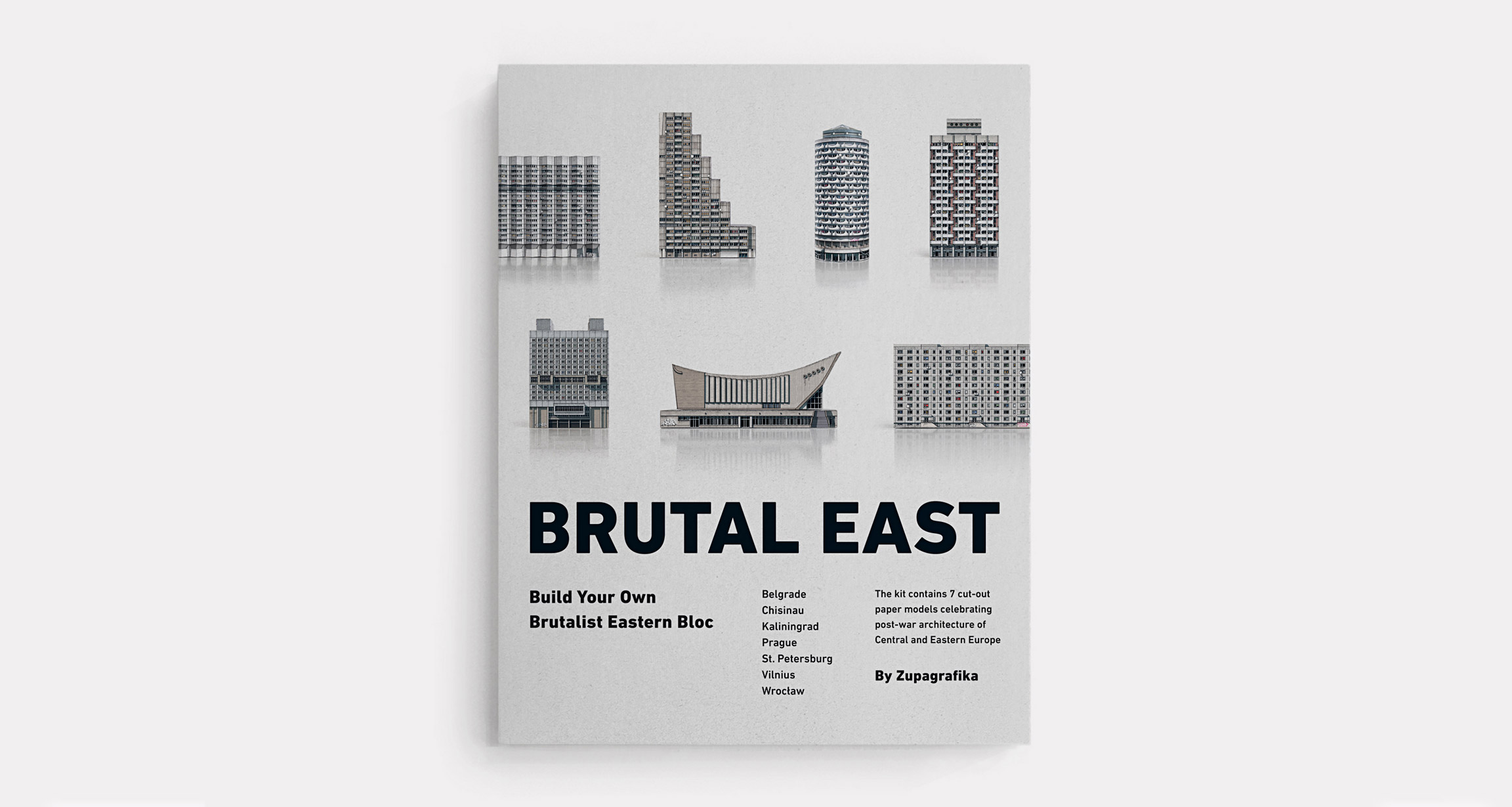 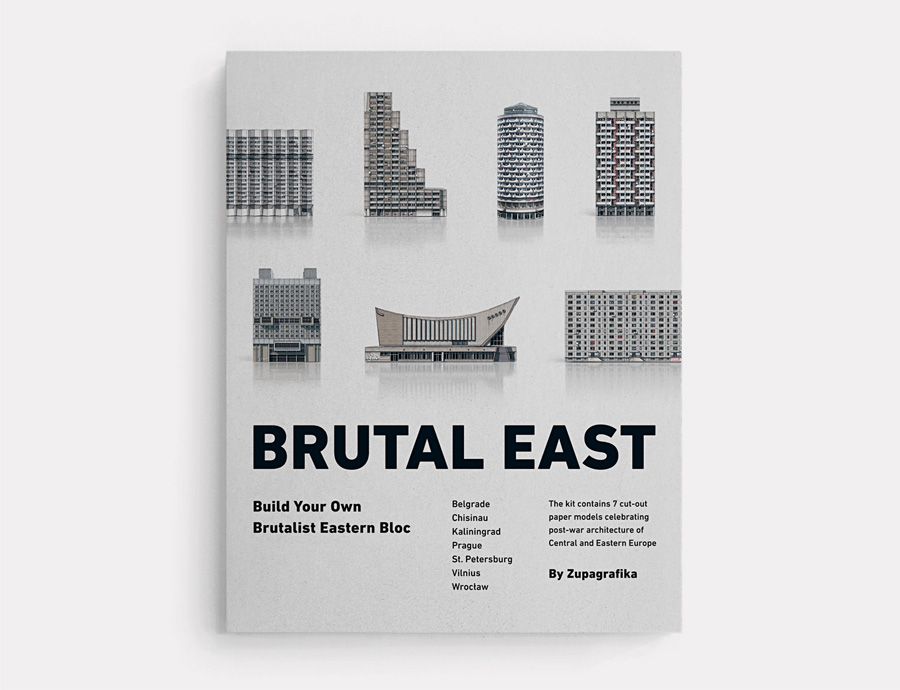 From panelák estates to concrete grand designs, the charm of the former Eastern Bloc architecture is certainly brutal. Explore and reconstruct some of the most controversial brutalist edifices erected behind the Iron Curtain and in the former Yugoslavia, from omnipresent pre-cast housing estates to the mighty Soviet landmarks awaiting renovation or threatened with demolition  |  Released: 2017 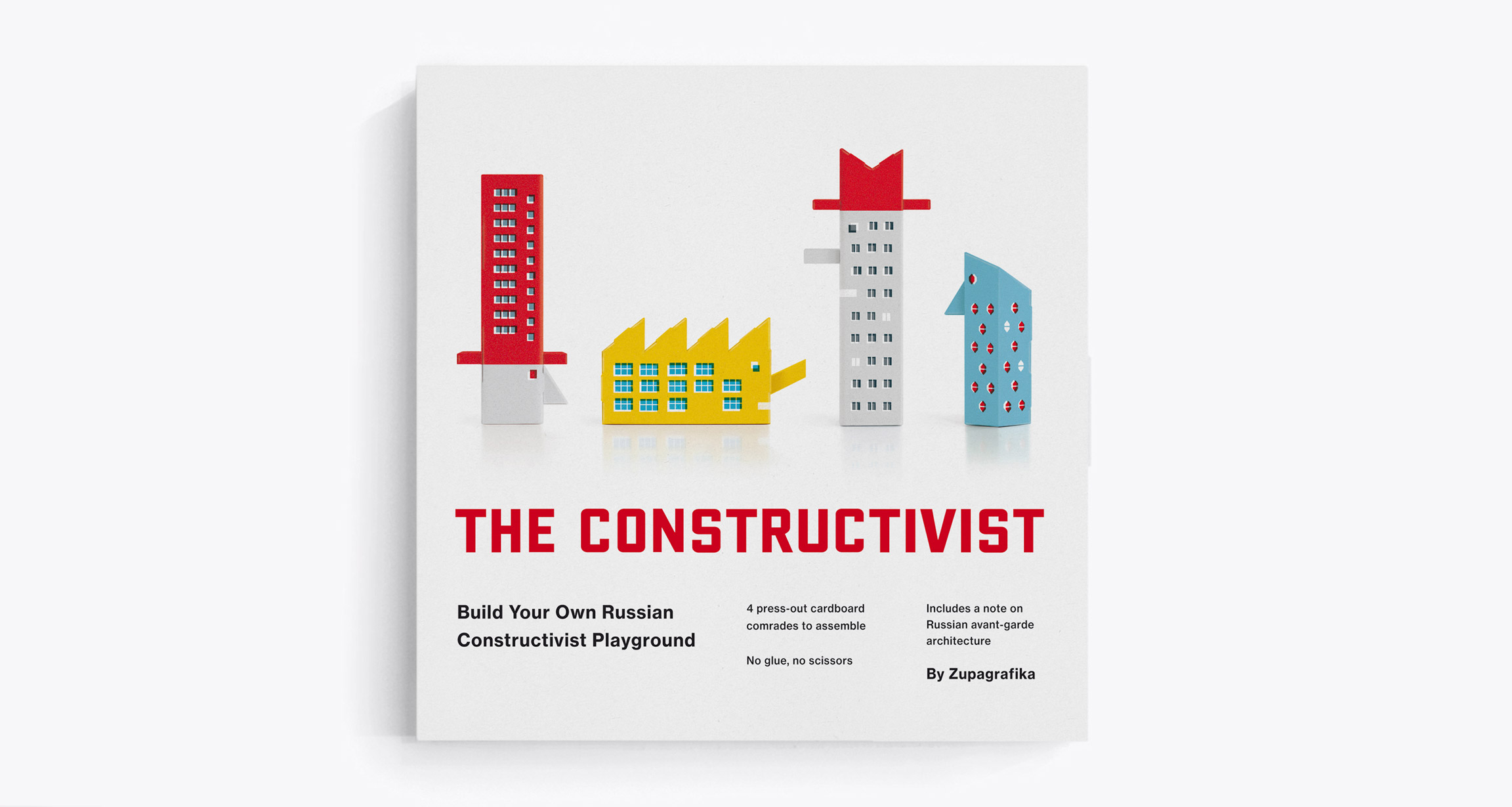 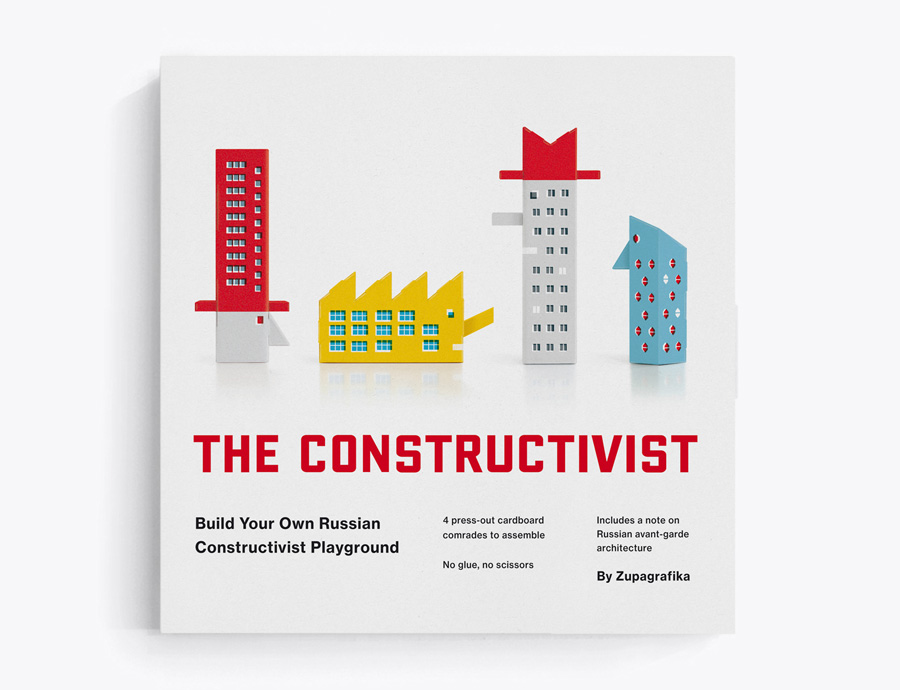 Designed especially for children and their parents, the kit allows you to build your own avant-garde community with geometrical forms inspired by seminal examples of constructivist architecture, such as: Melnikov House, Kirov Town Hall or Nikolaev`s House  |  Released: 2017 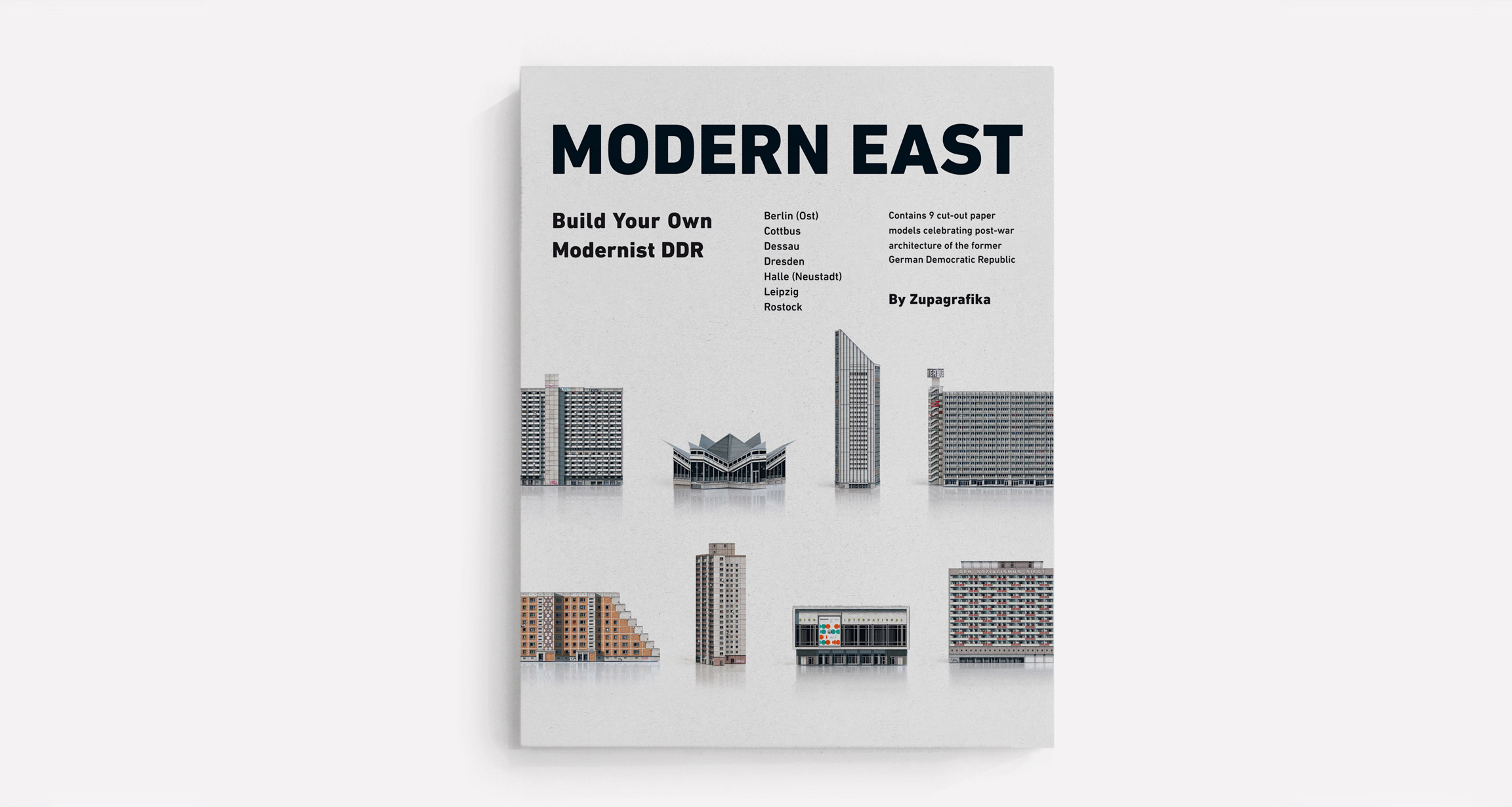 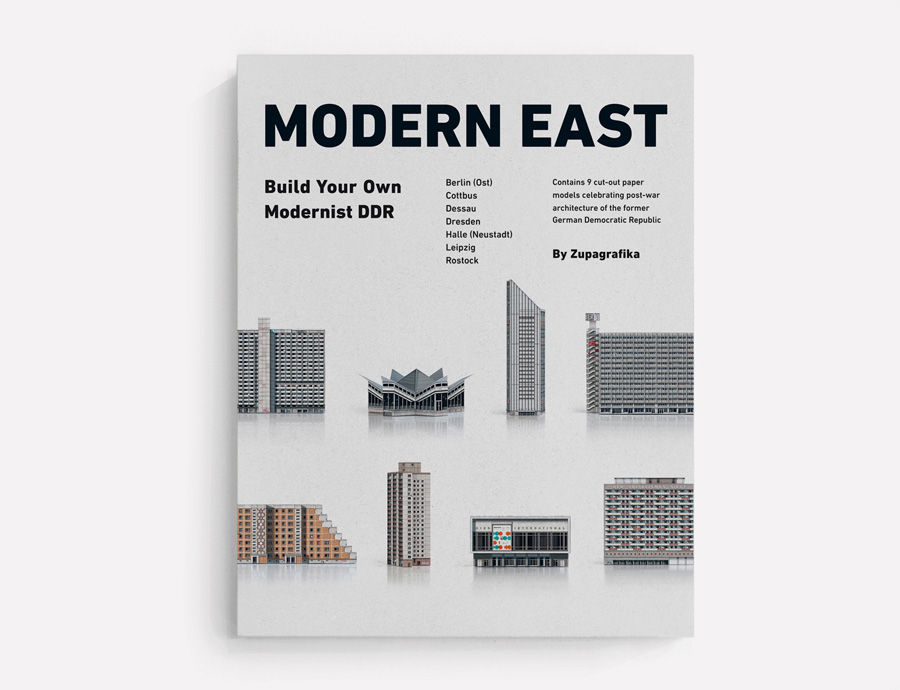 Have a peep over the Wall and reconstruct some of the most captivating modernist and brutalist edifices erected in East Germany, from the massive Plattenbauten of Rostock, to the icons of DDR-Moderne and the demolished ´Mokka-Milch-Eisbar ‘Kosmos'. Featuring: Berlin, Cottbus, Dessau, Dresden, Halle Neustadt, Leipzig and Rostock  |  Released: 2017 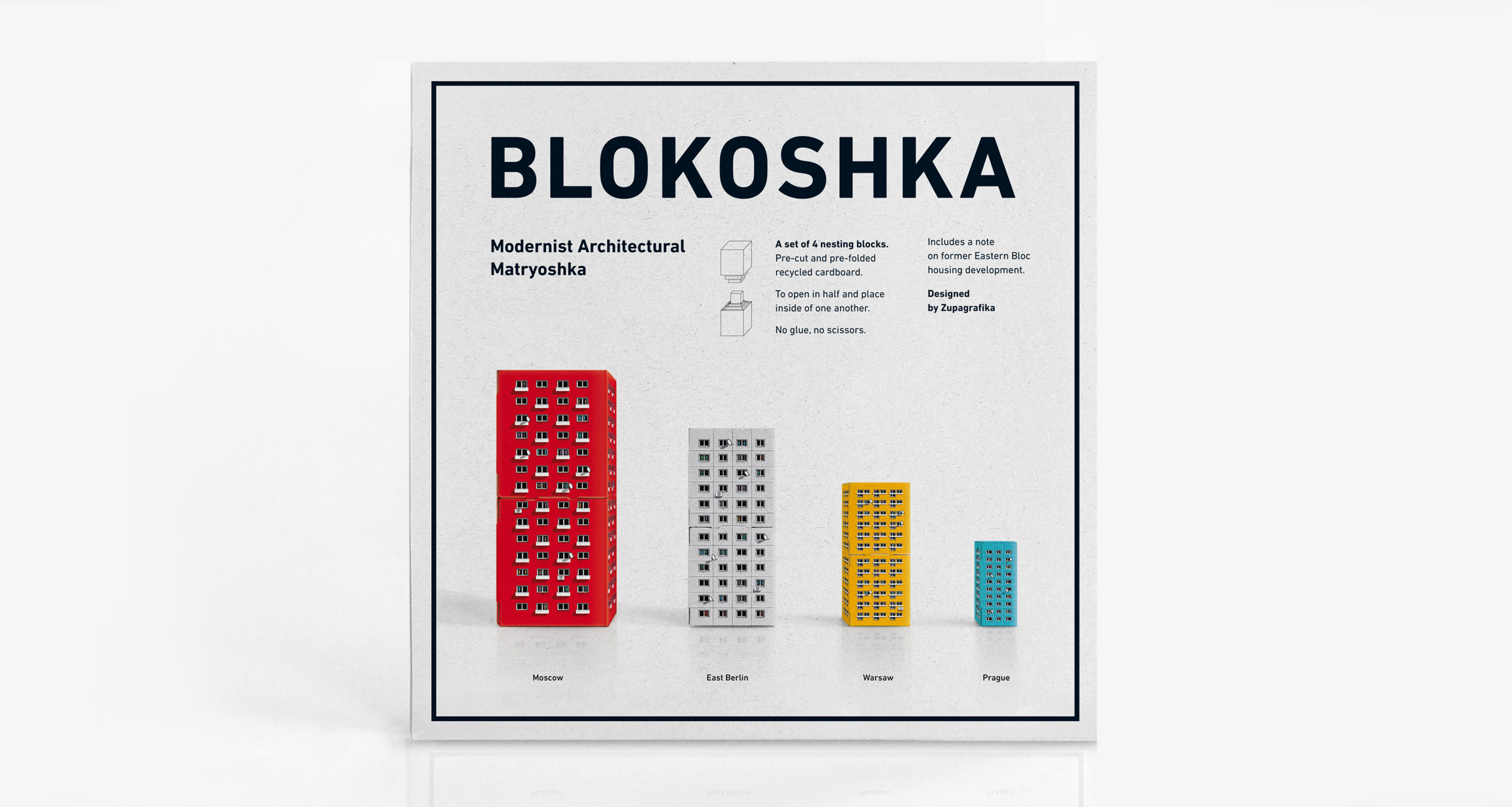 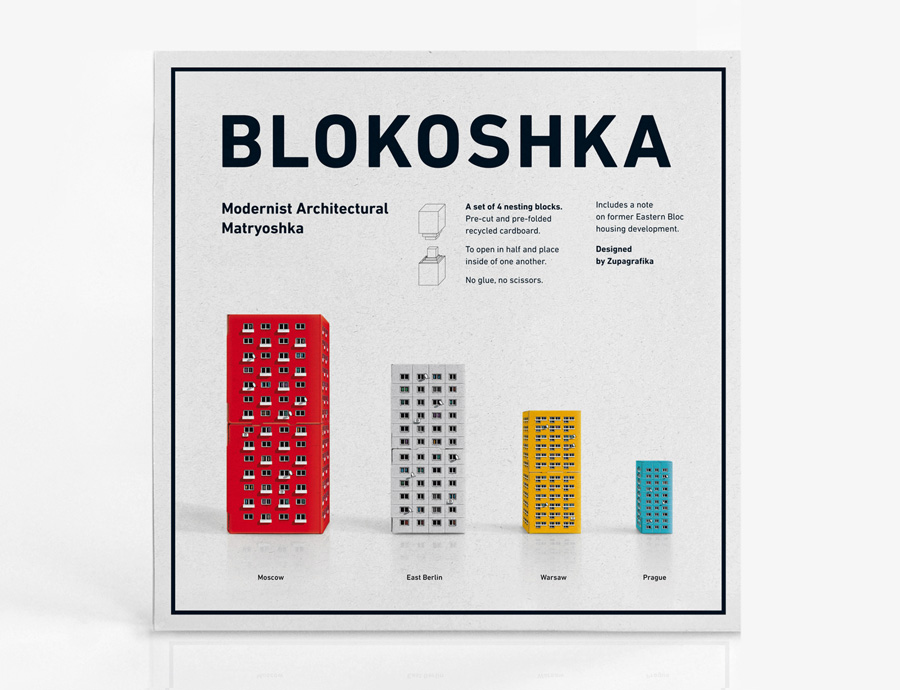 Blokoshka offers a playful insight into the 'sleeping districts' of Moscow, Plattenbau constructions of East Berlin, Warsaw's large-scale housing estates, and the panelák blocks in Prague. The nesting blocks are designed to be opened in half and placed inside one another, in the same way as a Russian matryoshka |  Released: 2016

A selection of our books and kits, organized in bundles at special combined prices 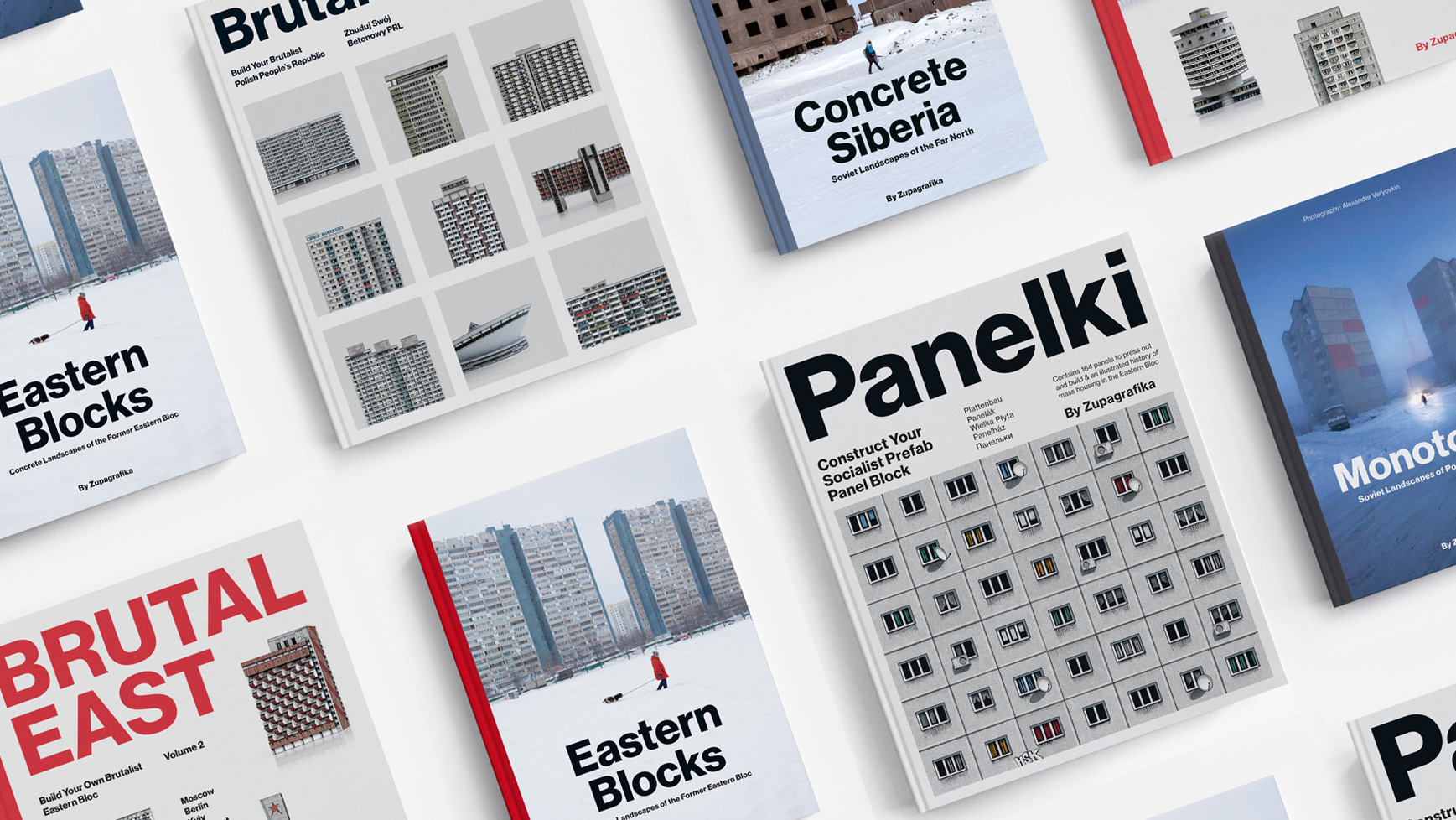 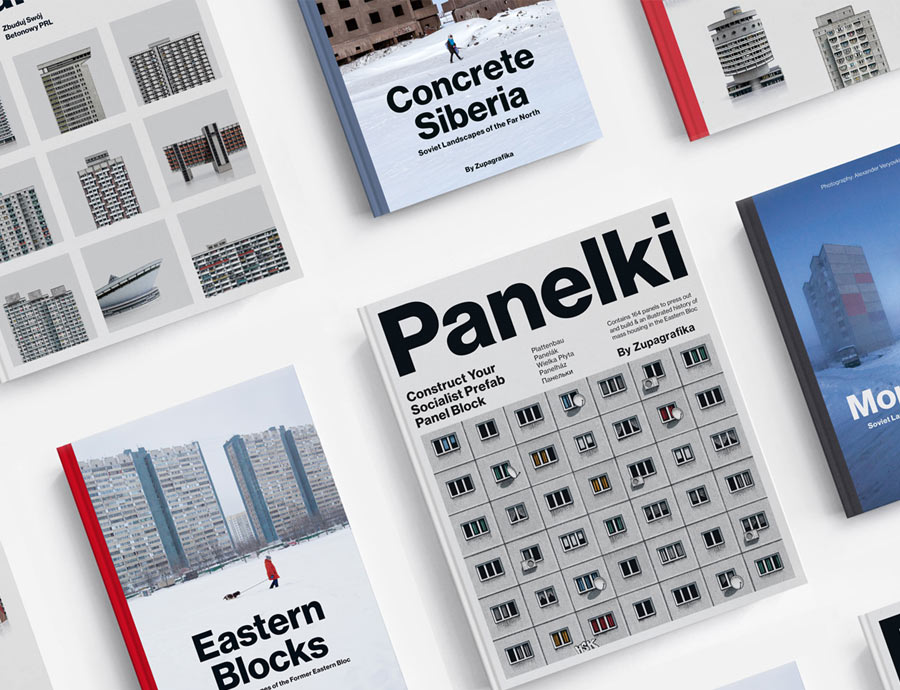