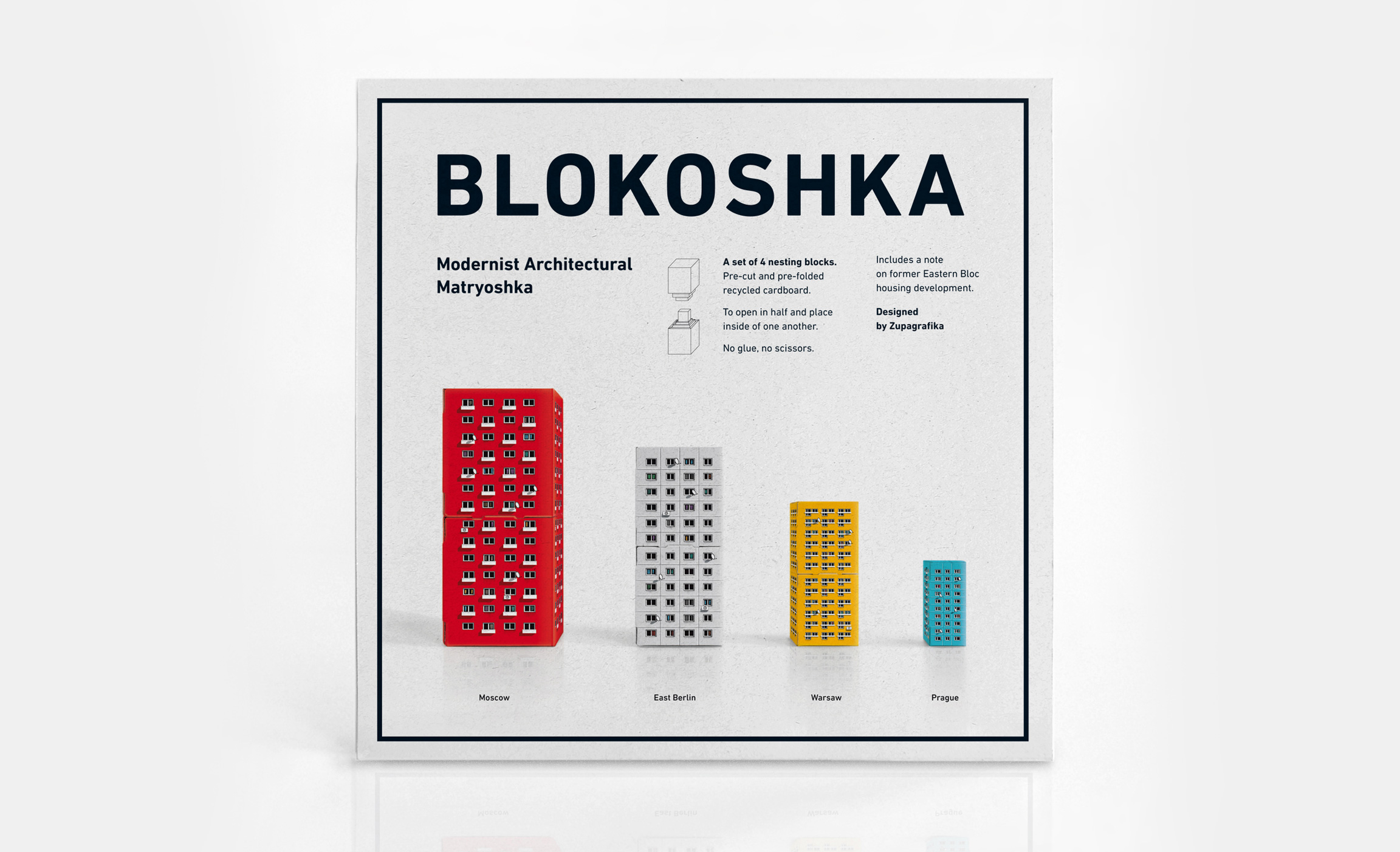 After World War II, European cities had an urgent need to provide their populations with new homes in the quickest, most efficient and affordable way possible. Soon, extensive estates were erected and started shaping the post-war continent’s urban landscape.

Includes 4 pre-cut and pre-folded nesting blocks to be opened in half and placed inside one another, in the same way as a Russian matryoshka. The kit is printed on recycled cardboard and can be easily assembled without glue or scissors. Includes a note on Eastern Europe housing architecture.

‘Must Have’ Award 2016 by Łódz Design Festival